Part 1 suggested there were more warming adjustments than cooling ones. Now does that not fly in the face of analysis done by others (e.g. Giorgio Gilestro and as discussed here)? Actually, no. It is just that I dug deeper! Very convenient little graph that one of GG’s. It hides a lot. Here is my version (Figure 1), reproduced from the data and trends in the TEKtemp database: 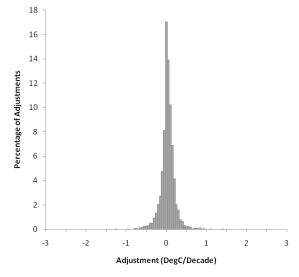 Figure 1. Reproduction of distribution analysis of GHCN V2.mean temperature data adjustments.
Now, having spent weeks working on the data on and off, I know that many of the adjustments are quite small, so I decided to expand or rather sub-divide the frequancy bins in the areas of the smaller adjustments. I expanded the frequancy bins on either side to give better scaling on the y-axis and show up any discrepancy in symmetry. In Figure 2 the bias towards warming adjustments now shows up. Same data, but this time put under the microscope rather than viewed though the wrong end of a telescope. The bias is small, but it is there. The next question is – is it significant? Kevin will probably want to add something here as he had a lot to say on Giorgio Gilestro’s thread at the time… 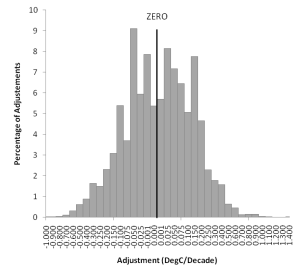 Figure 2. Distribution analysis of GHCN V2.mean temperature data adjustments with an increased number of (small magnitude) frequency bins.
Since Kevins world temperature trend maps use DegC/Century, I have got more used to looking at these units and the next thing I wanted to do was look at the distribution of trends that were more closely related to those used in the maps. Figure 3 shows there is a slightly larger number of data sets with warming trends of up to 2.49 degC/Century, in comparison to the number of ones with an equivalent rate of cooling. Overall there are 2319 sets with a warming trend and 1948 with a cooling trend (I have not included those with no trend in these counts, but I have included all those on either side of zero). 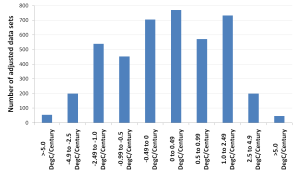 Figure 3. Distribution of trends across a reduced number of categories appropriate to TEKtemp trend maps.

In Part 1 it was obvious that adjustment makes a great deal of difference to the distribution of trends on a scatter plot, with seemingly a larger number of warming adjustments than cooling ones. Figure 3 confirms that, but in Part 1 I also showed there were six different types of adjustment, so that brought me to produce Figure 4. 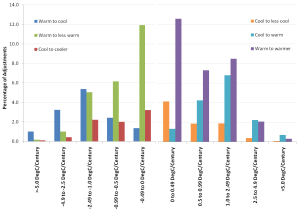 Figure 4. Distribution of adjustment trends by both the type and magnitude of adjustment.
The first thing that struck me about Figure 4 – and Figure 3 – was how symmetrical they are, but not quite. I mean I was expecting to see a great deal more adjustment to cooling trends than we actually see. Perhaps that is just my abhorance of some of the warming trends associated with the growth of cities that seem to be an intrinsic part of this data: I was hoping the adjustments would evidence the correction of UHI, although in fairness I have not yet looked at many individual cities or generally yet at that level of detail. Figure 5 breaks down the data into paired graphs for each type of adjustment. 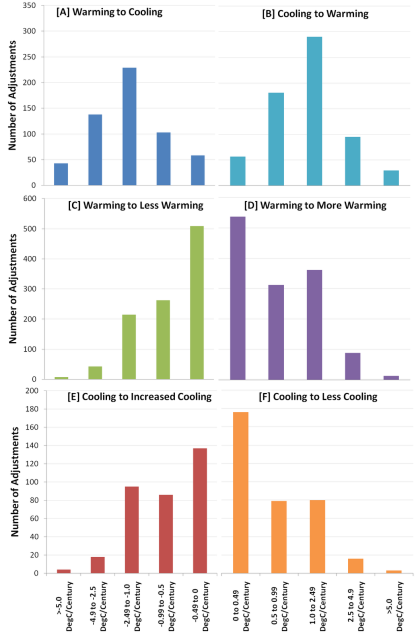 I am almost tempted to think that you couldn’t plan this better, I mean where you adjust the raw data and add warming somewhere, you also adjust other raw data so that you add an equal and opposite amount of  cooling elsewhere so that overall you introduce only a small overall warming bias in the trends. I just can’t see how so much warming can fit the ‘need for correction’ of the data. Yes, some stations will need to have a warming adjustment, but a slight majority? And these are often not small adjustments.

In Part 3 I will look at how these types of adjustments are distributed by latitude.