Update: I’ve now added the speliothem data sent to me by Charles earlier in the week.

The claim is often made that the rate of temperature change the Earth has experienced over the last 40 years is ‘unprecedented’, and is therefore likely to be man-made.

A quick look at the Vostok[1], EPICA[2] and GISP2[3] ice core records do not appear to support this claim, even within the stable part of the Holocene: 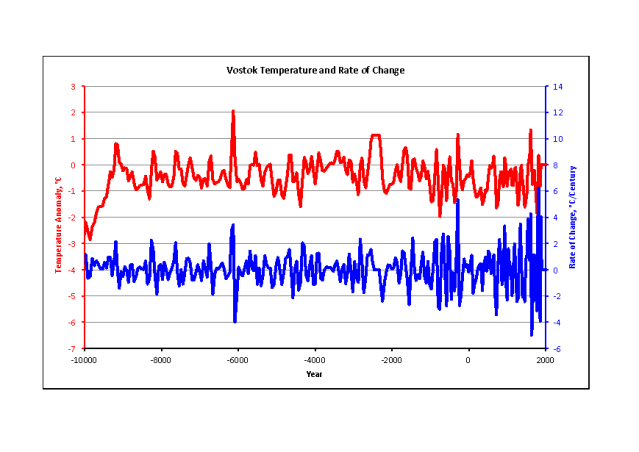 Of course, ice core data is proxy data, and therefore based on assumptions, some of which may not be valid.  However the Met Office’s Central England Record[4], the longest continuous instrumental temperature record (going back to 1659) shows that even within these recent times the current rate of warming is unremarkable:

Can someone explain what data does support this claim? 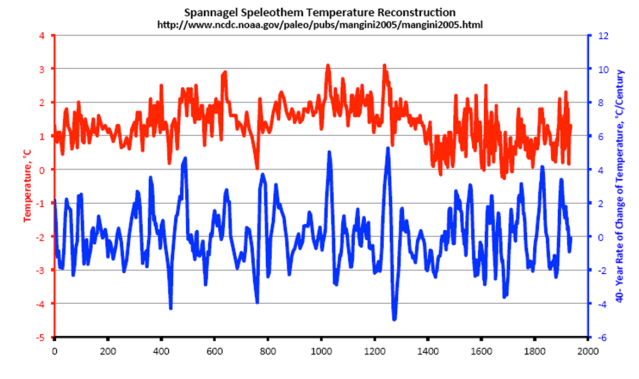